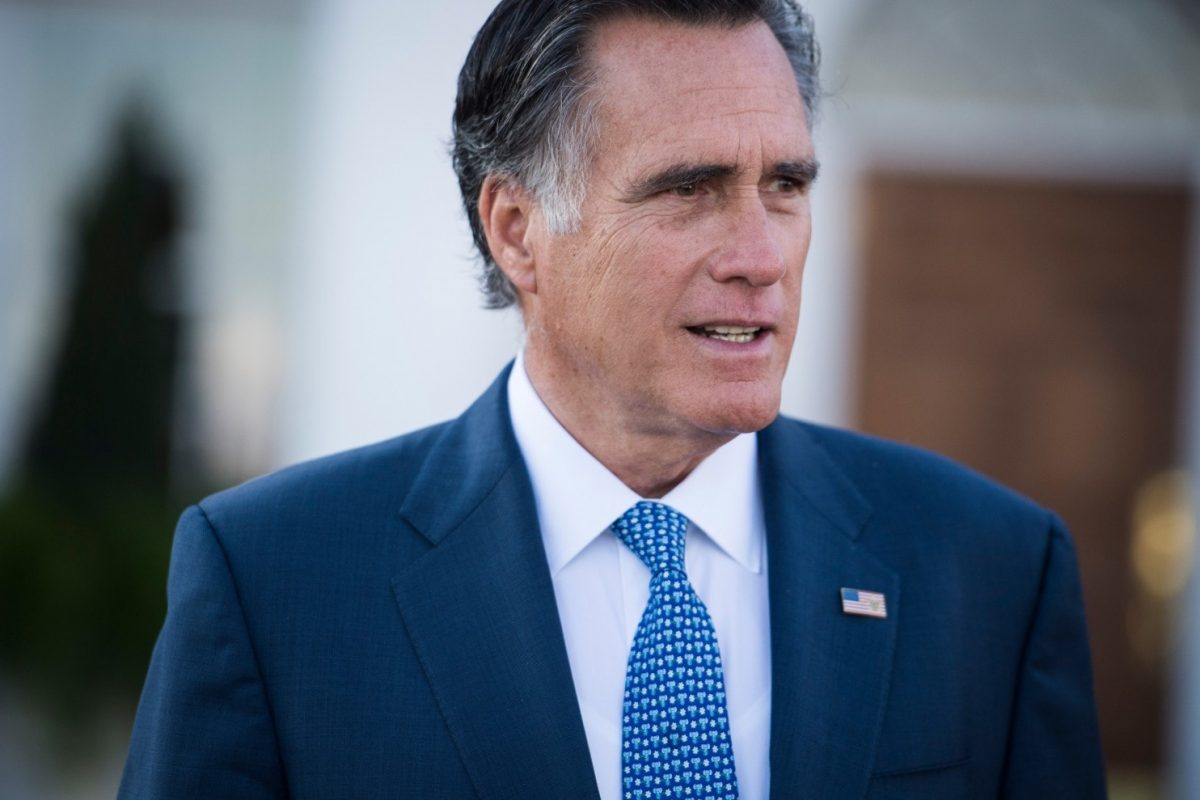 And Trump couldn’t believe it when he heard how Mitt Romney would vote on the Supreme Court.

Democrats thought that Mitt Romney was just a step away from joining their side.

It turns out that Romney can’t be trusted by either side.

Mitt Romney made jaws drop when he revealed a shocking choice.

It wasn’t the smartest political move in the world for Sen. Mitt Romney to vote for impeaching Trump.

While Romney spent the majority of his political career in Massachusetts, he is now a Senator from Utah.

Over sixty percent of Utahans are part of the Church of Jesus Christ of Latter-day Saints, and while it does maintain a policy of neutrality in regards to political parties, they tend to hold conservative values.

One of the issues that motivates conservative religious voters is the issue of abortion.

While Romney said at the Massachusetts governor debate in 2002 that he would “preserve and protect a woman’s right to choose,” as a Senator from Utah, he needs to be pro-life.

The Republicans have promised for years that they will appoint good judges to the courts who will uphold the Constitution and not infringe on states’ rights and now they are forced to concede to voters’ wishes.

If Romney blocked a pro-life Supreme Court justice from being confirmed by the Senate, it would be political suicide for him.

So it’s no surprise that despite Romney’s generally weak will, he supports a vote on President Trump’s forthcoming Supreme Court nominee.

“My decision regarding a Supreme Court nomination is not the result of a subjective test of ‘fairness’ which, like beauty, is in the eye of the beholder,” Romney said in a statement. “It is based on the immutable fairness of following the law, which in this case is the Constitution and precedent.”

“The Constitution gives the president the power to nominate and the Senate the authority to provide advice and consent on Supreme Court nominees,” he continued.

“Accordingly, I intend to follow the Constitution and precedent in considering the president’s nominee. If the nominee reaches the Senate floor, I intend to vote based upon their qualifications,” he added.

With Romney on the GOP’s side, there’s little doubt that Mitch McConnell has the votes to confirm Trump’s nominee.

President Donald Trump said he will announce his replacement to the late Justice Ruth Bader Ginsburg on Saturday at 5 p.m. ET.

“I am getting very close to having a final decision made, very, very close,” Trump told reporters. “I am going to make it, I believe, at 5 p.m. on Saturday, and I’ll be having a conference.

“A lot of paperwork to do, and I think it’s going to go very quickly,” he said, adding, “I think you’re going to be very impressed by the person chosen.”